Nipah virus (NiV) is a highly pathogenic emerging virus in the family Paramyxoviridae, genus Henipavirus. The virus was first detected in 1998 when it caused an outbreak of severe disease in pig farmers in Malaysia and Singapore and mortality of around 40%. Pigs were most likely infected after eating fruit contaminated by infected fruit bats the animal reservoir of NiV. This was then followed by pig-to-human infection, but only very limited human-to-human transmission was reported. Since then, NiV has caused near annual outbreaks in Bangladesh and India. Reported outbreaks in these countries involve fewer patients, but a higher case-fatality rate of up to 75% and, in contrast to the Malaysia outbreak, well-documented cases of human-to-human transmission. It has been hypothesized that the source for NiV infection in index cases in India and Bangladesh is palm sap contaminated with bat urine. NiV-caused disease is generally characterized by the onset of non-specific symptoms such as fever, headache, dizziness, and muscle aches/pains. 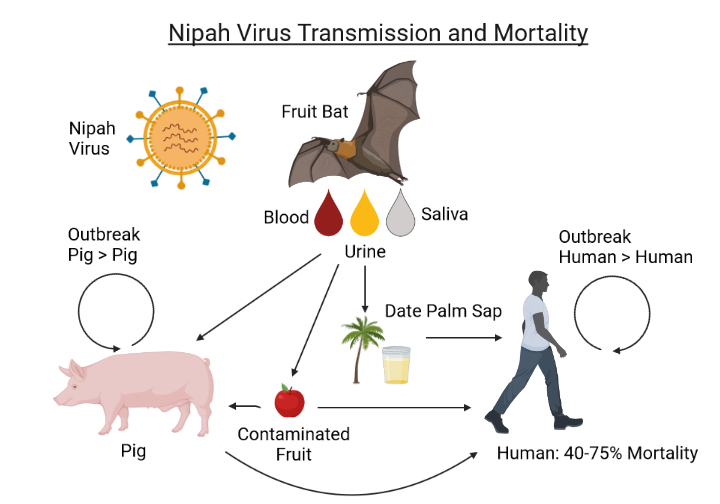 The Jenner Institute are currently testing a ChAdOx1 based candidate vaccine for Nipah Virus in pre-clinical trials. The vaccine targets the viral glycoprotein (G), one of two surface antigens on the surface of the virus. The vaccine has shown promising protection against disease in animals including partial protection against Hendra virus, a related virus. This is an important step forwards towards the development of a vaccine for use in humans. 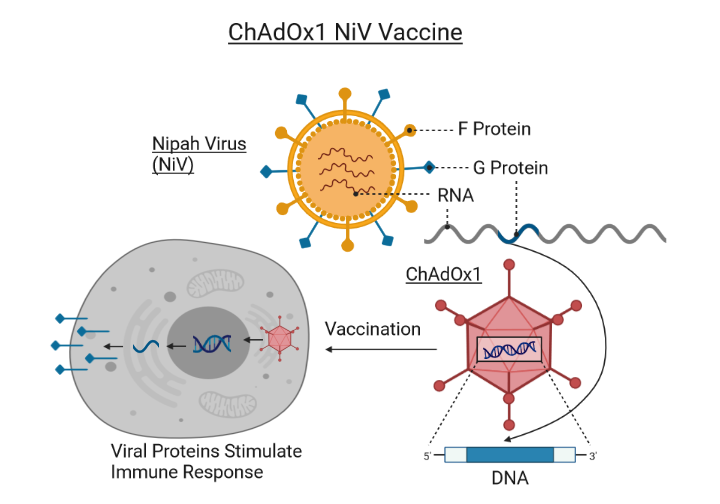 There are no team members found