Edward Jenner was born in Berkeley, Gloucestershire on 17th May 1749. He was the eighth of the nine children born to the vicar of Berkeley, the Reverend Stephen Jenner, and his wife Sarah.

Jenner went to school in Wotton-under-Edge and Cirencester. During this time he was inoculated for smallpox, which had a lifelong effect upon his general health. At the age of 14 he was apprenticed for seven years to Mr Daniel Ludlow, a surgeon of Chipping Sodbury, where he gained most of the experience needed to become a surgeon himself.

In 1770 he moved to St. George's Hospital in London, to complete his medical training under the great surgeon and experimentalist John Hunter. Hunter quickly recognised Edward's abilities at dissection and investigation, as well as his understanding of plant and animal anatomy. The two men were to remain lifelong friends and correspondents.

In 1772 at the age of 23, Edward Jenner returned to Berkeley and established himself as the local practitioner and surgeon. Although in later years he established medical practices in London and Cheltenham, Jenner remained essentially a resident of Berkeley for the rest of his life.

Like any other doctor of the time, Edward Jenner carried out variolation to protect his patients from smallpox. However, from the early days of his career Edward Jenner had been intrigued by country-lore which said that people who caught cowpox from their cows could not catch smallpox. This and his own experience of variolation as a boy and the risks that accompanied it led him to undertake the most important research of his life.

Cowpox is a mild viral infection of cows. It causes a few weeping spots (pocks) on their udders, but little discomfort. Milkmaids occasionally caught cowpox from the cows. Although they felt rather off-colour for a few days and developed a small number of pocks, usually on the hand, the disease did not trouble them. 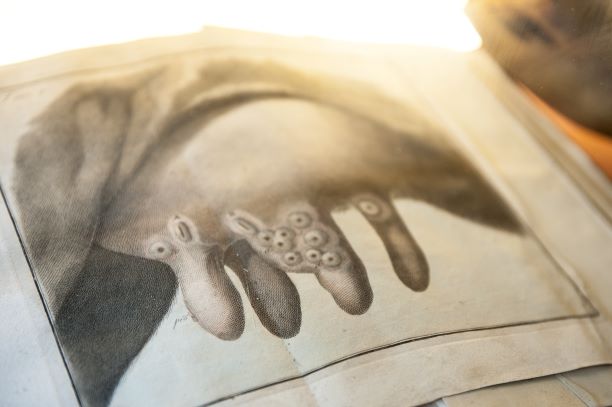 In May 1796 a dairymaid, Sarah Nelmes, consulted Jenner about a rash on her hand. He diagnosed cowpox rather than smallpox and Sarah confirmed that one of her cows, a Gloucester cow called Blossom, had recently had cowpox. Edward Jenner realised that this was his opportunity to test the protective properties of cowpox by giving it to someone who had not yet suffered smallpox.

He chose James Phipps, the eight-year old son of his gardener. On 14th May he made a few scratches on one of James' arms and rubbed into them some material from one of the pocks on Sarah's hand. A few days later James became mildly ill with cowpox but was well again a week later. So Jenner knew that cowpox could pass from person to person as well as from cow to person. The next step was to test whether the cowpox would now protect James from smallpox. On 1st July Jenner variolated the boy. As Jenner anticipated, and undoubtedly to his great relief, James did not develop smallpox, either on this occasion or on the many subsequent ones when his immunity was tested again.

Jenner followed up this experiment with many others. In 1798 he published all his research into smallpox in a book entitled 'An Inquiry into the Causes and Effects of the Variolae Vaccinae; a Disease Discovered in some of the Western Counties of England, Particularly Gloucestershire, and Known by the Name of The Cow Pox'. In each of the next two years he published the results of further experiments, which confirmed his original theory that cowpox did indeed protect against smallpox. 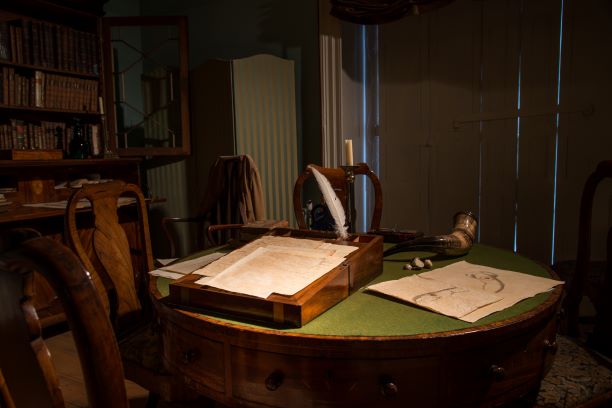 Opposition within the medical profession

Jenner's newly proven technique for protecting people from smallpox did not catch on as he anticipated. One reason was a practical one. Cowpox did not occur widely and doctors who wanted to test the new process had to obtain cowpox matter from Edward Jenner. In an age when infection was not understood, cowpox samples often became contaminated with smallpox itself because those handling it worked in smallpox hospitals or carried out variolation. This led to claims that cowpox was no safer than smallpox inoculation. There were also many surgeons who did not want Jenner to succeed. They were the variolators whose large incomes were threatened by Jenner's safer and more effective cowpox treatment.

People quickly became fearful of the possible consequences of receiving material originating from cows and opposed vaccination on religious grounds, saying that they would not be treated with substances originating from God's lowlier creatures. Variolation was forbidden by Act of Parliament in 1840 and vaccination with cowpox was made compulsory in 1853. This in its turn led to protest marches and vehement opposition from those who demanded freedom of choice.

The spread of vaccination

Edward Jenner spent much of the rest of his life supplying cowpox material to others around the world and discussing related scientific matters. He was so involved in corresponding about smallpox that he called himself 'the Vaccine Clerk to the World'. He quickly developed techniques for taking matter from human cowpox pocks and drying it onto threads or glass so that it could be widely transported. In recognition of his work and as a recompense for the time it took him away from his general practice the British Government awarded him £10,000 in 1802, and a further £20,000 in 1807. 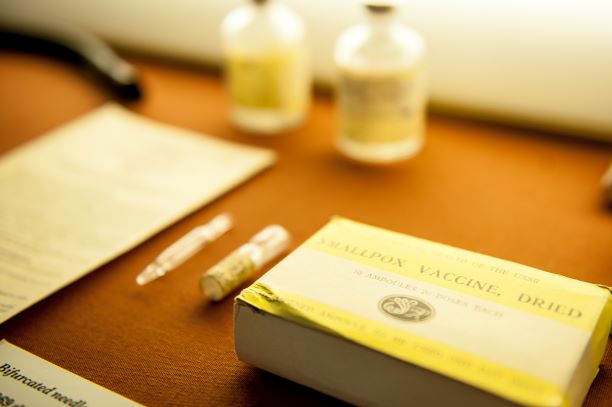 The technique of introducing material under the skin to produce protection against disease became universally known as vaccination, a word derived from the Latin name for the cow (vacca), in Jenner's honour. He received the freedom of many cities, including London, Glasgow, Edinburgh and Dublin. Societies and universities around the world gave him honorary degrees and membership. Perhaps the most significant tributes were the minting of a special medal by Napoleon in 1804, the gift of a ring by the Empress of Russia and a string and belt of Wampum beads and a certificate of gratitude from the North American Indian Chiefs. Statues to his honour were erected as far afield as Tokyo and London. The latter is now in Kensington Gardens, but was originally sited in Trafalgar Square

The eradication of smallpox

In 1967 the World Health Organization (WHO) launched its campaign to eradicate smallpox worldwide. They estimated at that time that there were still up to 15 million cases of smallpox each year. The biggest problem areas were South America, Africa and the Indian subcontinent. Their approach was to vaccinate every person in the areas at risk. Teams of vaccinators from all over the world journeyed to the remotest of communities.

After an period of watching for new cases, in 1980 the WHO formally declared: "Smallpox is Dead!" The most feared disease of all time had been eradicated, fulfilling a prediction that Edward Jenner had made in 1801. It has been estimated that the task he started has led to the saving of more human lives than the work of any other person.

The last remaining specimens of the smallpox virus are now held in just two laboratories, in Siberia and the USA. The samples, used for research, are afforded higher security than a nuclear bomb. One day they too will be destroyed. Smallpox will have become the first major infectious disease to be wiped from the face of the Earth.